How Old Is Your Globe? — Changes of state names, with dates. 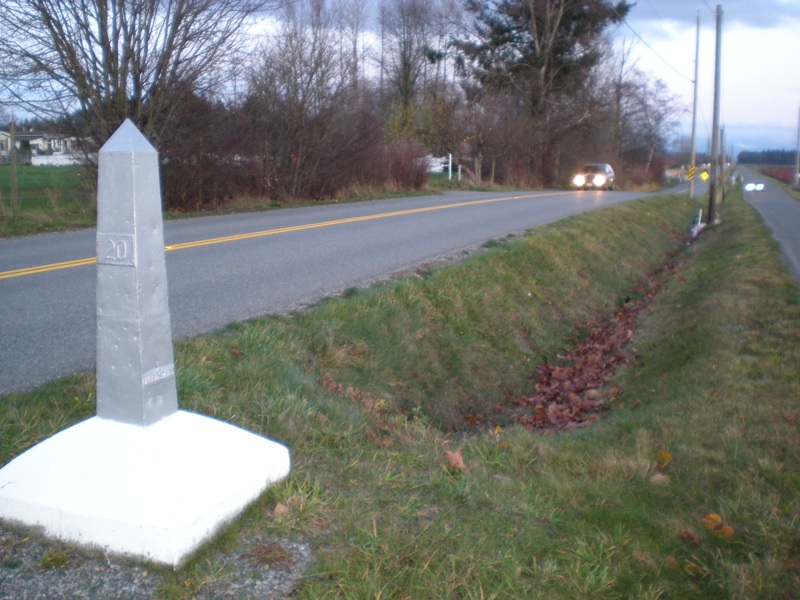 I don’t know which emperor made this primitive earthwork defense against the other.

Cited in a comment at Strange Maps, appropriately, is this map of micronations. Its purpose is not obvious to me, but it has a goofy charm.

What happens when all the virtual land is claimed? 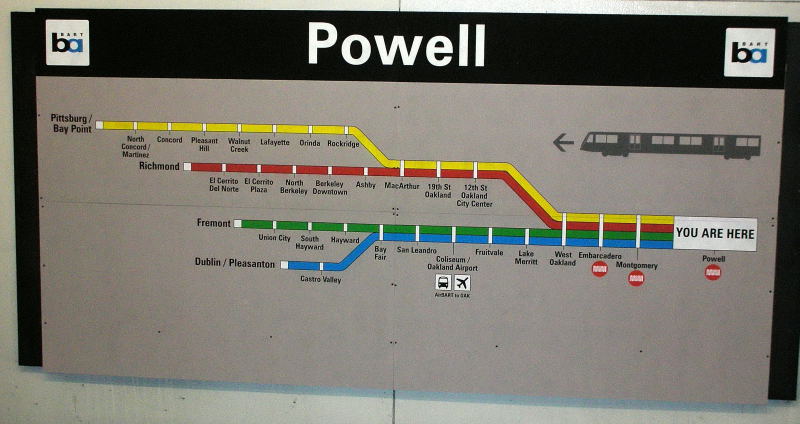 Forward is to the left because that’s the way the train goes, as seen by a passenger facing the map. What’s strange about it is that the minor branchings are true to topology but the major branching is not: the rightmost path, which ought to be on top, is to Fremont (green), followed by Dublin (blue), Pittsburg (yellow), Richmond (red).

Perhaps the designer originally intended to include the Fremont-Richmond line (orange), which on this diagram would fit like a lining within the major fork. That would make the chart more useful, because after 7 pm and on Sundays the red and green lines don’t run: to get to Fremont or Richmond from Powell, you must switch from blue or yellow to orange.

Jonny Crossbones is an adventure in the style of Tintin.

Strange Maps is a new blog of obscure and hypothetical geography. Linked from a comment there is a Regional Map of North America’s Place-Based Food Traditions, showing Maple Syrup Nation, Pinyon Nut Nation, Salmon Nation and so on.