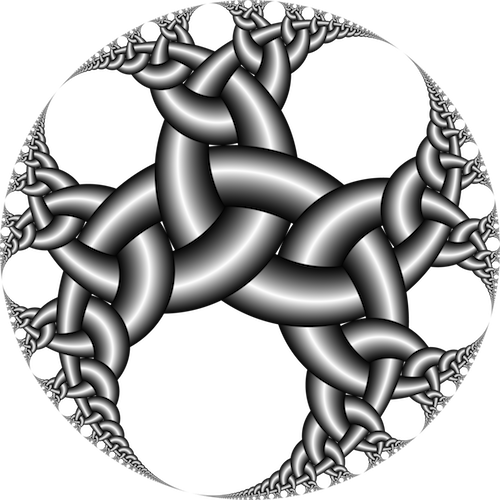 If nobody said anything unless he knew what he was talking about, a ghastly hush would descend upon the earth. —Sir Alan Herbert

What's on my mind lately.

I started this website mainly to show off the best of the mathematical images that I've made since 1997. (You can buy sculptures!)

I'd like to hear from anyone who remembers me from:

In 1994–5 I shared a cubicle with Sheila N. McNeill, until she moved to Twin Bridges, Montana. I meant to keep in touch but promptly lost her address.

What happened to Hansjoerg Walther? He was very active in political newsgroups in 1997–8; but hardly a peep since he returned to Germany after his year at Stanford.